The casino has already been visited by a thousand unique customers.

The first legal billionaire casino in Ukraine for the first 30 days of operation created 150 official jobs and paid 90 million UAH to the state budget, of which 72 million UAH - for the main license to conduct gambling.

Pilipenko also noted that for the first part-time month of operation the casino received an income of 6-7 million UAH.

"For incomplete May income was from 6 to 7 million UAH. It's not much, but it's just the beginning," he said.

According to Parhomenko, the casino has already been visited by a thousand unique customers.

"We already have a thousand people who have visited our institution... 60 per cent of them are foreigners. Mainly from the Middle East (Kuwait, Saudi Arabia, United Arab Emirates), Uzbekistan, Kazakhstan," he said.

Parhomenko stressed that there are even more people who want to come to Ukraine from other countries and play in casinos, but due to the fact that Ukraine has certain visa restrictions with a number of countries, many players simply cannot come to Kiev. 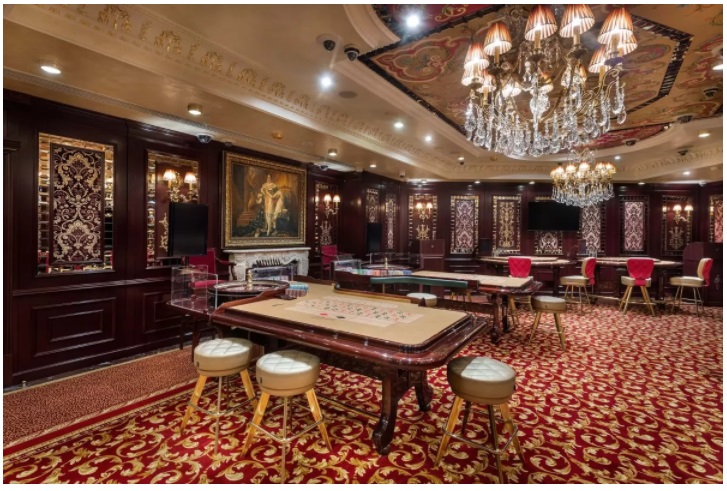 Representatives of the casino said that in addition to solving the problems of entry into the country of foreigners, the state should adopt tax changes in the part of setting the minimum amount of winnings, which will be taxed.

"We hope that with the adoption of changes to the Tax Code No.2713 this situation will change. The concept of "minimum winning" will be introduced, and this will help attract more foreign tourists," Pilipenko said.

According to him, today's model provides that the player, even without playing, but only by changing money for chips, must pay tax.

Representatives of the casino called on the authorities to solve the issue of shadow gambling business, which hinders the development of legal business.

At the same time, top casino managers stressed that even in these conditions it is planned to open another Billionaire casino in Kiev.

As UNIAN reported, in July 2020, the Parliament passed a law on the state regulation of activities on the organization and conduct of gambling (No.2285-d). In particular, the law allows the placement of casinos exclusively on the territory of hotels in the category of "five stars" in Kiev. For other settlements, except Kiev, casino accommodation is allowed on the territory of buildings where hotels in the category "four and five stars" are located.

In September last year, the Cabinet set up a Commission for the Regulation of Gambling and Lotteries.